USD 32 Billion in Indian Public Banks: A boon or bane?

This article seeks to explore whether recapitalising the Indian Public Banks was necessary and sufficient. 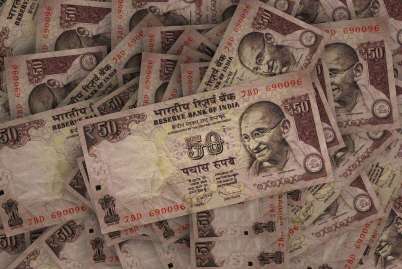 The Story so far

Why the Government of India decided to inject in a hefty sum of INR 2.11 trillion (~USD 32 billion) over the next two years remains a hot topic in the Indian political discourse. Recapitalisation bonds worth INR 1.35 trillion will be issued to infuse new money while the other INR 0.76 trillion will be mobilised through budgetary support and market mechanisms. Though the structure of these bonds remains ambiguous, it has been speculated that the government is likely to issue these bonds to banks against bank equity or institute a fresh special purpose vehicle for the purpose of these bonds. Through skilful financial engineering, the government has ambitiously decided to tackle the age-old bad loan problem.

Expected to enhance the net worth of PSBs, which have been bogged down by bad loans and high non-performing assets, the step is expected to stimulate credit flow and thus private investment. Tepid growth amidst limp corporate investments triggered by slow bank credit growth is afflicting India Inc. This drive is likely to address the bank’s capital requirements. Owing to the weak fundamentals of the public sector banks, the private sector finance players were major recipients of growth. The fundamentals were primarily a result of the high NPAs. However, this step is anticipated to bring a change and revitalise growth momentum in the public sector, banks and the Indian economy in general. A well-capitalised banking system in India is expected to lay the cornerstone for robust growth.

This front-loaded capital injection has fiscal implications which the government hopes to stagger. The new recapitalisation bonds will lead to an increase in fiscal deficit. In the absence of higher revenues, the government might fail to achieve its fiscal deficit target for the year thus reversing the trend of increased fiscal prudence record of the last five years. Even though the Central Bank governor has allayed fears stating that these bonds are “liquidity-neutral”, the additional borrowing and yearly interest incurred would easily amount to 0.4% of the budgeted spending which should bear a substantial impact on the target of maintaining 3.2% fiscal deficit.

Moreover, the measure is expected to spur lending with a lag only after the balance sheets of the banks have considerably improved and private demand restored. The credit growth is likely to trigger inflation as well.

An impending crisis on the slow burner, triggered by a bad-loan ratio, meant that banks weren’t exactly keen on lending. The USD 32 billion, albeit a small amount to revive the public banks, is definitely a start. The pumping of such an unprecedented amount (only USD 1.5 billion was shelled out in the Annual budgets in preceding years) will be the Indian government’s biggest attempt to invigorate and safeguard growth in the Indian economy. The capital now will help banks confront the needs to conform with the strengthened-Basel III requirements and also the asset quality issue, thus enabling them to gain market access.

Though the rating companies and a vibrant stock market have ratified this step to relieve stress in the financial sector, it is too early to laud the step. Public banks in India have a history of bailing out. The primary reason for their underperformance has been the political pressure which has severely impaired the business operations at these banks. This underscores the urgent need to grant these banks the necessary freedom from political control or be witness their reduction to underperforming institutions, thus rendering this recapitalisation drive meaningless. Moreover, it is still ambiguous how the country pays for such a hefty amount, especially when India is keen on a sovereign rating upgrade and needs to adhere to its fiscal discipline. In light of these concerns, the story of Public banks in India is yet to unfold.

A recent graduate from King's College London, where I pursued an MSc. in Political Economy in Emerging Markets, I am currently enthusiastic about exploring economic and financial sector developments in South Asia, particularly India. For further information please visit my LinkedIn page.