Bharatmala: Money down the drain?

This article tries to argue that India's Bharatmala scheme needs a relook. Given fiscal constraints, it would be more prudent to focus on existing projects and upgrading existing infrastructure, especially the Rail network. Much greater focus is needed on social development sector as well. 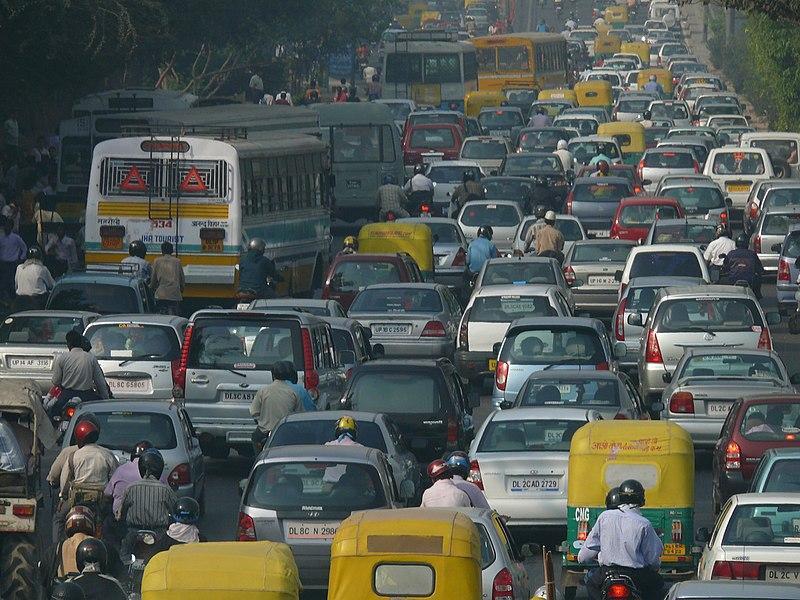 Bharatmala: Money down the drain?
On Tuesday 24th October 2017, the Government of India approved the biggest road construction plan, announced so far in the country, the Bharatmala project. Under this scheme, the government is expected to spend US$ 110 billion dollars on the construction of 830001 kilometres of roads . It is not the first time that such a major infrastructure project has been announced in India, but in terms of coverage and cost, it is the single largest road infrastructure project ever. The sheer magnitude of the project poses a question. Is it worth it?
And this project is coming at a time when the government has been advocating fiscal prudence. The finance minister has stressed time and again that there will be no compromise on the 2017-18 fiscal deficit target of 3.2%2 . This of course means that the government’s funds are limited. Further, the limitations imposed by the Fiscal Responsibility and Budget Management Act, 20033  imply that the government cannot borrow from the Reserve Bank of India (RBI), the central bank.  Also, the RBI cannot trade in the market for government securities. Given these restrictions, the Bharatmala project can look questionable, especially as there are several other sectors which are in woeful need of funding. Let us look at it from a broader perspective.

A Bright spot?
Infrastructure is a sector in which India has lagged some of the other fast-growing economies, particularly China. That Indian politicians now frequently cite Chinese infrastructure (especially that of Shanghai) as a model to emulate shows much the gap really is. In such a scenario, this investment turn out to be a  bright spot for the economy. At a time when growth in India is looking slower than usual (real GDP growth fell to 5.7% in Q1 2017-18, as per official data4 ) the infrastructure project could boost business sentiment, and perhaps act as a sort of fiscal stimulus for the economy. However, the spending is staggered over 5 years, and since the gestation period of infrastructure projects is usually long, the impact may not be felt in the short term. Further, given that Indian infrastructure projects are notorious for corruption, leakages from the system may compromise the efficiency of the project and add to delays.
Thus, the question becomes, is the project really a bright spot then for the country’s infrastructure? India has a multitude of projects going in the transport infrastructure sector. There is the Delhi-Mumbai industrial corridor project5  (A US$ 90 Billion effort) and that will include mass rapid transit projects, smart cities, airports, power projects and roads, all of which will cover 6 states. Then, we have the dedicated rail corridors for freight movement which in total would cover over 8 states6 . India has a vast and well- developed rail network, which is not in the best shape. Perhaps the funds could be used to finance rail modernisation, especially as roads have already received a lot of funding in form of the golden quadrilateral and follow-on projects.

Shouldn’t urban infrastructure be a priority?
A series of tragedies have once again put the focus on the poor state of Indian cities, especially the three economic power houses viz. the Delhi NCR region, Bangalore and Mumbai. Delhi is perpetually in the grip of terrible air pollution. Air quality in Delhi is always poor, both by national and international standards. However, in winters, the pollution levels worsen because of lack of wind, as well as burning of stubble after harvests 7 (in the neighbouring states of Punjab & Haryana). In Mumbai, a stampede after fears of an overbridge collapse killed 23 persons in October8. Earlier this year, life in Mumbai was brought to a standstill by flooding. The city of Bangalore, the IT Capital is perennially choked with traffic jams.cOvercrowding and unsustainabe urban sprawls have mushroomed all over these cities. Given these circumstances, a pertinent question arises. Shouldn’t we be focusing more of our energy on urban infrastructure? India is a largely consumption and services driven economy, and there is overwhelming economic concentration in the cities. Given that, and given the fact that the government is hell bent upon achieving its fiscal deficit target, it would be wise if precious resources were spent more judiciously, and allocated over a series of projects rather than one single project.

However, this does not add up to an improved performance in terms of social indicators or quality of life. As we have noted above, pollution is consistently a major problem, and the Lancet10  recently reported in a study that India loses more people to pollution than any other country. Given these, it would not be out of place to ask if urban infrastructure should be given priority over road construction, especially given that other road infrastructure projects are already underway.
In addition, due to India’s consistent low funding of education and health projects, maybe it is time they were prioritised, especially given the demographic bulge towards the young. Despite rapid economic growth, India performs poorly on the Human Development Index (HDI) rankings, being ranked 131 out of 188 countries11 . This puts India at the bottom of the BRICS countries. Within the South Asia region too, Sri Lanka performs better than India, and by a substantive margin ( It is ranked 73). India’s public health spending is quite low at just about 1.4% of the GDP, while the global average is a little under 6%12. India’s spending on education is poor too, at just 3.71% of the GDP this year. This is way shorter of the recommendation of the much-vaunted Kothari commission on education which had asked for spending to be at 6% . India thus spends lesser on education per capita than all its BRICS peers. The government has recognised this, and has pointed to weakness in the capacity of the state to deliver on health and education. It needs to focus on spending for the health and education sector, and needs to strike a balance between extravagant schemes such as the Bharatmala, and less eye-catching but equally, if not more important investments in public health and education.

A priority decision
Given limited resources, how funds should be utilised is a matter of national debate. While no one denies the need for infrastructure, there appears to be a push at transport infrastructure, whilst simultaneously ignoring the needs of creaking railway systems, crumbling urban infrastructure and woefully inadequate and ineffective health and education systems. In the opinion of this paper, the Bharatmala scheme needs a relook in terms of its ambition and scale, so that other sectors are not ignored and so that it does not become a sink hole for public money.

10. The Lancet Commission on pollution and health.

Shrey Khan is a Dheli resident who studied economics with a focus on emerging markets and international development in India and in the United Kingdom and recently graduated with a Master degree from King's College London. He was an intern for the World Food Program and currently works as a research analyst for a leading business and economics magazine in India.